KPBSD is grateful for all our school leaders who served, and retired or moved onto new adventures at the end of the school year in June. 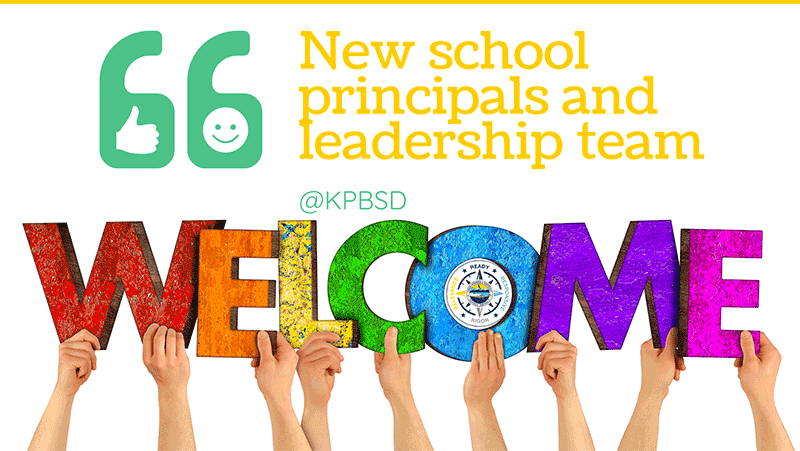 Connections Homeschool
Mr. Greg Melvin has been assigned to be AP for next school year at Connections. Mr. Melvin will be working closely with Rich Bartolowits and also be completing other special projects for the district.

Kenai Central High School
Mr. Dan Beck has accepted the job of KCHS principal starting next school year. We have the upmost confidence that Mr. Beck and Assistant Principal Will Chervenak will be a powerhouse administrative team working together!

Mr. Ken Felchle will be the new AP at Kenai Middle School. Mr. Felchle has been with the KPBSD for well over 20 years as a teacher and coach.

Ms. Penny Bearden will be the new principal for Nanwalek School! Penny has been with the district as a teacher in Nanwalek for the last eight years where she has done great work with our students and the community.

Mr. Shane Bostic will be the Nikiski Middle-High School principal starting next year, and Mr. Michael Crain will become the next Assistant Principal!

Dr. Michael Sturm has accepted the job as the principal/teacher for Razdolna School. Dr. Strum is a Skyview High School graduate who has been teaching in Razdolna most recently. We are excited to have him come on board with us.

Mr. Matt Potter has accepted the principal/teacher position at Seward Middle School.  Mr. Potter is a long time Alaskan who is currently living in Sitka.  We are excited to have Matt join the KPBSD admin team and we are confident he is going to do great things and bring a lot of energy to Seward Middle School and the district.

Ms. Jill DuFloth, current AP at Skyview has agreed to be the interim principal at Skyview Middle School next school year. Ms. DuFloth has done great work as the AP of Skyview and we are happy to have her step into the principal role next year where we know she will do great work and help the school with the next transition. Ms. Shonia Werner will be joining Principal Jill DuFloth as the AP of Skyview Middle School next school year.  Shonia has been an educator for several years with the KPBSD and most recently has been teaching and doing her administrative internship at River City Academy.

Tebughna School
In Tyonek, Christy Gomez will take over as principal/teacher for Tebughna School. Ms. Gomez has been an educator at Tebughna for several years and we look forward her to being in this role.